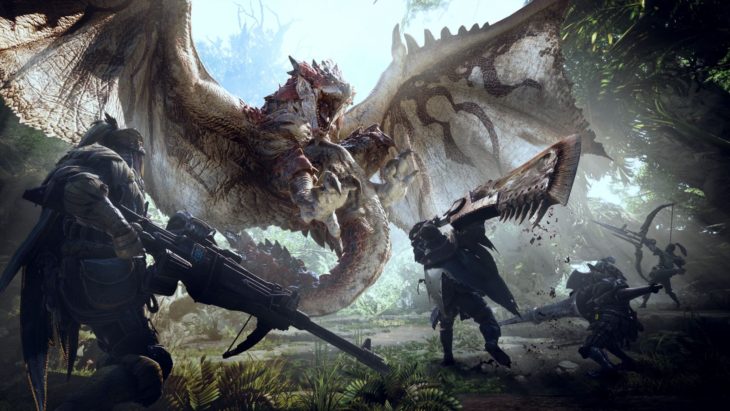 Sony just held their Tokyo Games Show press conference. They showed off a wide range of upcoming PlayStation 4 and PlayStation VR games. There was a few small surprises but overall there was nothing major from the conference which is a shame. Still, there were a few good trailers from the event so let’s take a look at them.

This newly announced game is a survival action shooter. Metal Gear character artist Yoji Shinkawa is working on this project so we might see some visual crossovers with the Metal Gear series. We actually don’t know anything about this game right now so we’ll have to wait for Square Enix to reveal more details.

It’s official, Monster Hunter: World will be getting a global launch. Capcom announced the great news during the Sony conference and stated that the game will be releasing worldwide on January 26th for Xbox One and PS4. In addition to this, a PC version is coming in the future.

The new trailer for Detroit: Beyond Human has revealed a bit more of the game however, it doesn’t seem to show much gameplay. That’s a bit of a letdown considering how many gamers are still torn about this game.

Square Enix confirmed that Final Fantasy IX is coming to the PlayStation 4. Which is half true, the game is available right now on the PlayStation Store worldwide. The game is currently discounted in the American store however, this discount doesn’t seem to be available for other regions.

Square Enix had a lot to show this conference and now they’ve provided more footage of another upcoming game. The game will be releasing next year on January 30th but the trailer highlights some of the new features coming to the game which makes it worth a watch.

Here’s the full Tokyo Games Show press conference if you missed it.

What games are you most looking forward to from the Tokyo Games Show press conference? Let us know!