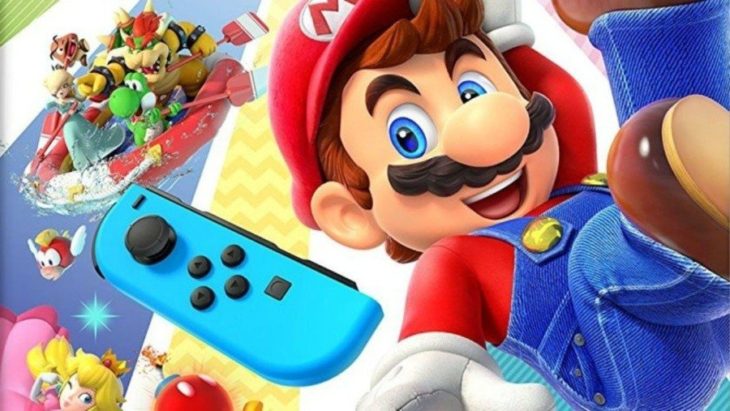 A Top-Notch Collection of Ports and New Releases

While the Switch had a relatively quiet first half of 2018, things are picking up with the hybrid console during the coming holiday season. With a diverse selection of ports and exclusive titles hitting Nintendo’s latest hardware, Switch owners will receive some much-anticipated releases to add to their ever-growing library.

Here are the top 5 releases coming to the Switch this holiday.

Starting off the year with a bang, Dragon Ball FighterZ has become one of the most addictive fighting experiences in recent years. Now, Switch owners have the opportunity to add this high-octane fighter to their expanding Switch game library. Play as Goku, Vegeta, Frieza, as well as tons of other familiar faces in the franchise. FighterZ’s story includes three separate arcs which has players teaming up with different characters throughout. Take this thrilling 3v3 tag team fighter in online matches, play with up to 6-players offline or enjoy single player with the ability to take this gem on the go for the Switch. Dragon Ball FighterZ releases on the Switch on September 28th, 2018.

Bringing the party over to the next generation of Nintendo hardware, Super Mario Party will be bringing innovation and the familiar addictive nature that it’s so well-known for. A series that the unique hybrid console has needed, the digital board game seems like a perfect match for the versatile design of the Switch console. With the addition of up to 80 new Joy-Con related mini games, 4-player matches and the sleek, new table top feature allowing two Switch console’s to be synced up in tandem. Super Mario Party releases on the Switch on October 5th, 2018.

Experience the thrilling dark RPG adventure of FromSoftware’s original Dark Souls title, now remastered for the Nintendo Switch. Dive into the gothic setting of Lordran and cautiously explore a grim and exceedingly dangerous world filled with surreal enemies and strategy inducing combat. Fans now have the option to take this massive action game on the go and halt the First Flame from dwindling in a fully remastered edition. Find Dark Souls Remastered for the Switch on October 19th, 2018.

The Switch has a flurry of big name titles on the year and a half old console by now, but there are still some massive franchises yet to make their appearance hybrid system. One of those franchises is undoubtedly the largest, and it involves the capturing and training of unique monsters known as Pokemon. The Let’s Go dual release or Pikachu and Evee editions will finally give Nintendo players a new adventure, outside of the lacking Pokemon Quest we saw released earlier this year. Returning to the familiar region of Kanto, players will work to catch all of the original 151 Pokemon and battle against a few recognizable trainers. Pokemon: Let’s Go, Pikachu/Evee! will both release on November 16th, 2018 for the Switch, along with the exclusive Poke Ball Plus Controller.

Another series yet to make its official appearance on the Switch console is the highly coveted, much-anticipated Super Smash Bros. Ultimate. In its largest installation yet, the roster will feature every last playable character throughout the entire franchise. Making good use of the upcoming online subscription service for the Switch, players will battle others from all over the world in the most highly regarded crossover fighters available. With a massive roster containing over 70 characters, Super Smash Bros. Ultimate will finally scratch that itch that so many Switch owners having been anxiously awaiting to relieve themselves of. Super Smash Bros. Ultimate releases on December 7th, 2018 for the Switch console.

Though a six-year-old game, Diablo III is still one of the most addicting RPG games to release within the past decade. Porting over the adventure in its entirety, including both expansive DLC, the Eternal Collection on the Switch seems like a match made in heaven (or, in the case of Diablo, hell) and will give fans the chance to experience this masterpiece on the go. Exclusive Legend of Zelda ‘Ganondorf Armor’ content will also be available to anyone diving into the Switch release, adding some Nintendo flare to the overall experience. While there’s no exact release date for Diablo III: Eternal Collection, it has been confirmed to be heading to the Switch later this year.

With so many stellar titles coming to every modern gaming system available this holiday, the Switch looks to finish 2018 much stronger than it started with these awesome releases headed our way.