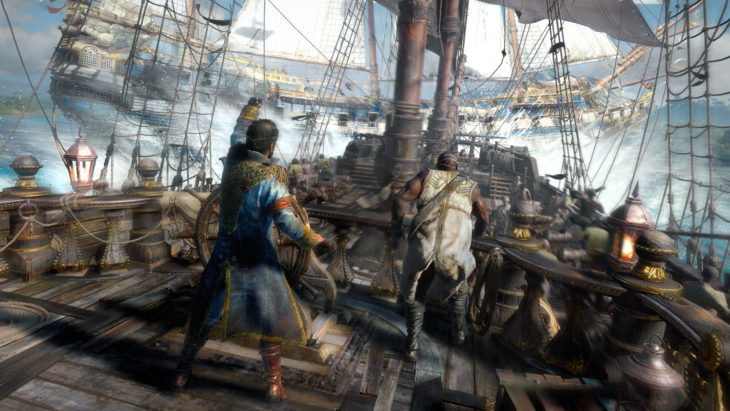 E3 is a great time for new games and new IPs. This year was no different and several new IPs have been announced. However, it can be difficult to tell during E3 which ones will be worth keeping an eye on throughout the remainder of their development. Today we’ll be looking at some of the best new IPs to come from E3 2017.

This shared world ARPG is set in a very different world. Players will take on the role of a Freelancer who wears customizable exosuits called Javelins. These suits grant their wearers superhuman abilities and comes in various classes.

While current information about this title suggests it will be multiplayer only, that’s not an entirely bad thing if Ubisoft can get it right. The gameplay for Skull & Bones is reminiscent to Assassin’s Creed Black Flag and it seems to be the game that fans have been asking of.

Players take control of their own ship and must work in teams to complete objectives in order to win the game. The above video shows two team working to collect as much treasure as possible. It’s unknown how many modes will be featured in the game but we’ll probably see some classic multiplayer modes such as Team Deathmatch. Ubisoft hasn’t released too many details about this upcoming game but we do know it will be released in Fall 2018.

This game was rumored/leaked months ago and Ubisoft has finally confirmed it’s a real game. Not only that, it looks even better than anyone could have imaged. Any skeptics for the game should take a look at the above gameplay video from E3 2017. It’s a nice long gameplay demonstration that shows a good amount of gameplay, combat and a boss battle.

Not only is this game real, it will be releasing later this year on August 29th.

This brand new police game is focused around the hunt for a serial killed called “The Trapper”. While it’s a single player game is can be played with up to five players who help to select what choice the main player should be making. It’s from the developers of Until Dawn and it looks as though the developers have enhanced  the “Butterfly Effect” from their first game. This time there will be more choices with many more possible outcomes for players to worry about.

This game will be releasing later this year as a PlayStation 4 exclusive. An actual release date is not yet available.

This is potentially one of the most interesting games from E3 2017. It’s a co-op game which can only be played in split-screen where two players are working together to break out of jail and escape the law. Not only is the premise interesting, it’s one of the few games which are truly co-op between two players.

What was shown at E3 certainly looks very promising and we can’t wait to see more from this game. The game will be releasing early next year.

It follows Charlie, a man living in an overpopulated cyberpunk city who is no longer able to connect to the social media connections and implants that other people enjoy. However, it’s unclear where the plot goes from this point. One things for sure, it’s a very beautiful pixel art game.

A playable demo for this title actually exists and can be found here. The full game will be releasing in 2018.

Creating music is a creative journey and The Artful Escape aims to capture this experience. Players control a young musician who is looking to discover his stage persona by traveling through different dimensions and worlds by use of my magical guitar. The gameplay above shows how astonishing the game looks and how ‘trippy’ some sections of the game actually are.

Sadly, there’s no release date available for it yet but the game should be coming in the near future.