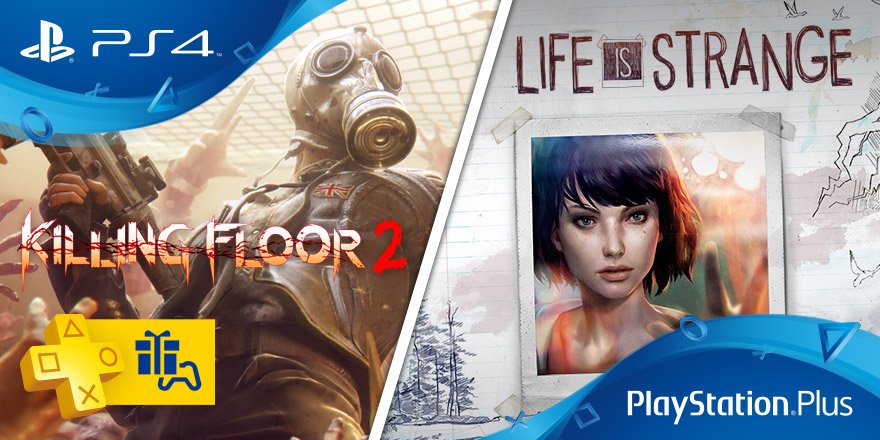 It looks as though one of the PlayStation Twitter accounts has accidentally leaked two PS Plus games for June. The tweet that revealed these two games was quickly taken offline however. So clearly this was an accidental leak.

The official PlayStation Turkey Twitter account posted the tweet. It was just a picture but this image revealed two games for next month’s group of free PS Plus games. This tweet was removed but not before a user from NeoGAF screenshotted it.

This image was of two games with the words “PlayStation Plus” on the screen with them. In addition to this, there was the PS Plus logo and the classic blue PS4 logo. It certainly looks very official then.

The two games ‘revealed’ by this leak are Killing Floor 2 and Life is Strange. Both games are critical successes and are incredibly popular within their own circle of players. However, this tweet didn’t reveal if the full Life is Strange game would be available. It’s possible that only the first episode would be included in the PS Plus service next month.

So it looks as though Killing Floor and Life is Strange will be the PS4 free games next month. The tweet did not reveal what games would be included in PS Plus for the PlayStation 3 or PS Vita. However, Sony should be making an official announcement very soon to confirm all of these titles.

For now however, PS Plus subscribers can grab the following games for free until the end of the month:

Sony should make an official announcement within the next week to confirm what games will be included for June’s PS Plus games. Stay tuned for more details.