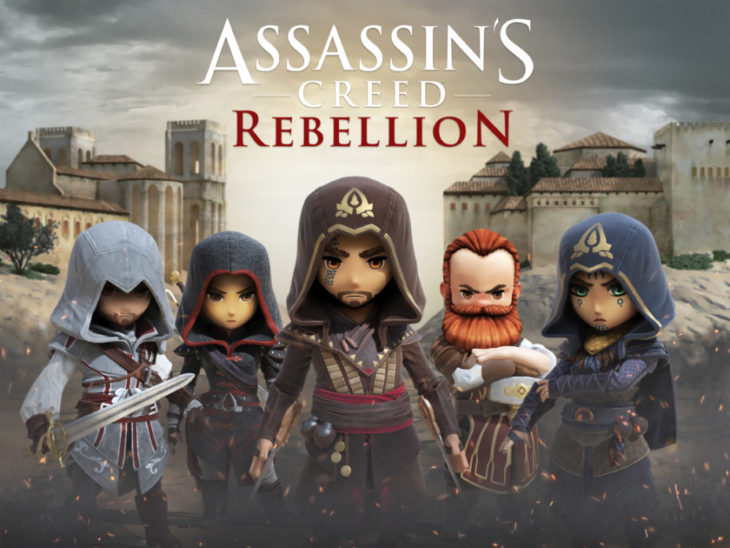 Assassin’s Creed: Rebellion is a free RPG-strategy game where players are put in control of a Brotherhood. Players also need to manage a fortress in Spain during the inquisition. Despite this, the main focus seems to be placed on managing the Brotherhood itself. The base is built up room by room which each have a different purpose. Some rooms allow players to train characters, other rooms let the player craft equipment. As the game progresses, more rooms and items will become available.

There are a wide variety of assassin’s in the game. Players can expect to see many familiar faces as they progress through the game. However, it looks like Ubisoft has come up with a new explanation which details how this is possible.  There’s a new version of the Animus which can merge the memories of multiple assassin’s. Despite this, Ubisoft is taking the player back to the Spanish Inquisition instead of a new location.

Characters will be sent out on missions however, there are no real details on this right now. It’s thought that these missions will be against the Templars and allow players to collect resources to upgrade characters. Each character in the game will have different skills that make them suited to certain types of missions. We will update you when we learn more about this.

The game will be releasing for iOS and Android devices in the near future. There is currently no release date.

If you haven’t seen the trailer yet then you can find it just below. The trailer only shows a small amount of gameplay towards the end of the video.