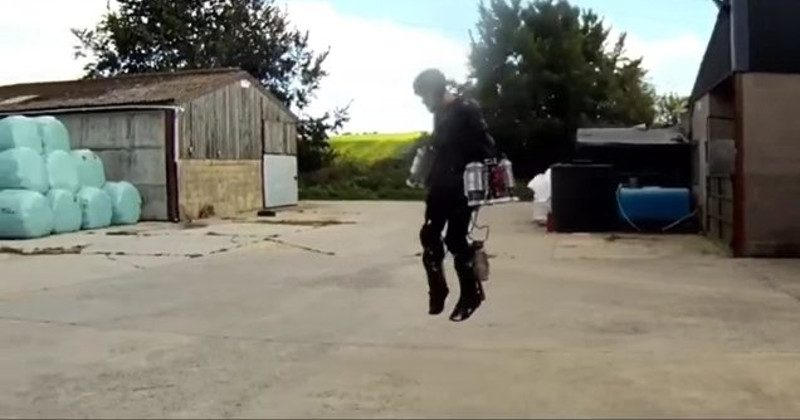 The TED convention is often a great time for those who pay close attention to technological advancements. This year has been no different as the “UK Iron Man” has been showing off his amazing flying suit.

British inventor Richard Browning, displayed his invention at the TED conference which is held at the Vancouver Convention Centre. After the convention last week, he’s had an interview with the BBC where he explained a few factors about his invention and what led to it.

He was inspired by his father who was both an aeronautical engineer and inventor. Sadly, his father killing himself when Browning was just a teenager. He explained to the BBC that while his father inspired him, he did it for the “journey and the challenge”.

The suit was constructed from six miniature jet engines which are strapped into place around the suit. The helmet features a heads-up display to keep him updated on the fuel use; the suit is currently able to fly for around 10 minutes without interruption.

While the demonstration at the convention was limited to a few inches off the ground at low speed, the suit can apparently do much more. According to its creator, the suit is capable of going up to 200mph and has an altitude of a few thousand feet. However, he keeps the altitude and speed low for safety reasons.

Richard Browning has certainly done a great job with the project so far but he’s currently working on new technology which will make this version look like “child’s play”. He hasn’t released any more details about it so far though.

If you’d like to know more about Browning and this project you can learn more from this video. It was released earlier this year by Red Bull who created a short feature on him and his project.