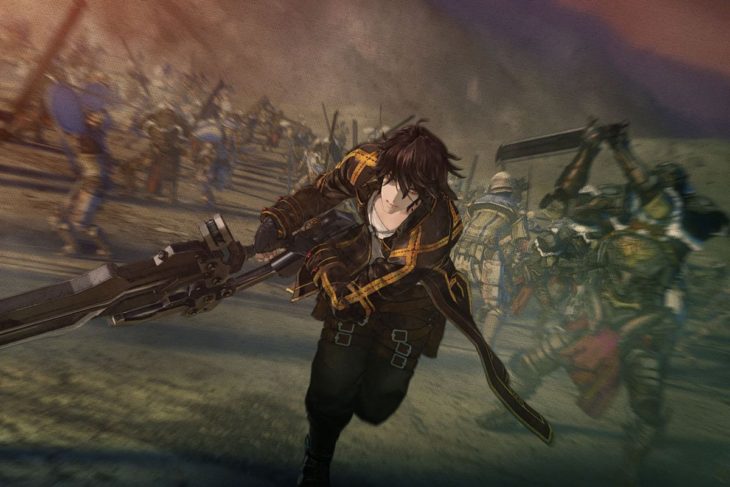 SEGA’s turn-based action RPG Valkyria series is hitting stride with their next entry, Valkyria Revolution, available now in stores across the Americas. Gear up for another classic adventure outside of the realm of traditional Valkyria gameplay mechanics, and prepare for a new revolution.

Pitting the army of the Jutland Kingdom up against the Ruzi Empire to salvage their very existence agaisnt the powerful Valkyria who threaten the Kingdom of Jutland and the future of its people. The elite soldiers of the Jutland Kingdom – the Vanargand – prove worthy, armed with special advanced mana weaponry and powerful ragnite spells to stand up against the invading Valkyria.

Taking a step away from the previous Valkyria games of the established turn-based battle systems, Revolution leans towards the live-action battle fields mixed with strategy of traditional RPGs. Also, changing the pace of sticking with portable consoles like the PSP or other mobile devices like free-browser/iOS devices over the past three entries, fans will get to see the stunning cast and canvas-like textured graphics on consoles for the first time since the opening entry in the series, Valkyria Chronicles.

New features litter Revolution bringing the game to life while giving the player a near-death experience, literally. Brunhilde, a fierce, ancient Valkyria with near unlimited power, she serves against foes as an oath her life is bound by. Defeating this ultimate incarnation of death will serve as a true challenge for gamers everywhere. For help against this deadly foe, using ragnite you’ll equip weapons with custom gear, each with their own branching options for different effects. More powerful options up your arsenal in the heat of battle, turning the tide in your favor.

With new, next-gen graphics while still giving the vintage look of the Valkyria series, Revolution adds a textured look and unique art style. Enhanced, action-oriented gameplay, enormous depth in story and characters, familiar soundtrack composed by Chrono trigger’s Yasunori Mitsuda and all of the fanfare from the cult series, Valkyria Revolution becomes available now on Playstation 4, Xbox One and digitally only on the Playstation Vita in the Americas, while Europe will see this released soon on June 30th.