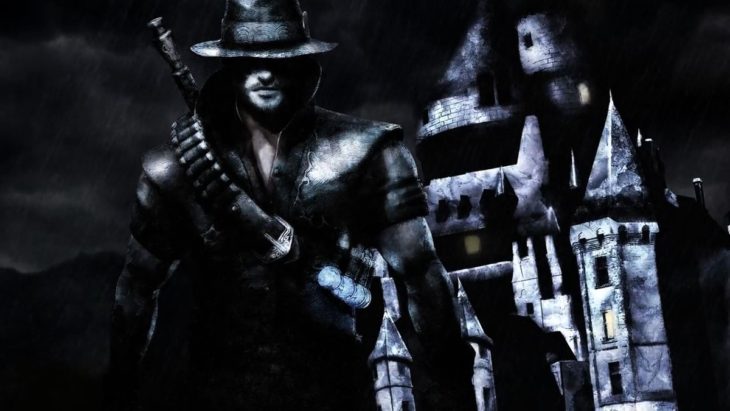 The sinister world of Victor Vran is driven by hordes of demonic beasts and abominations, shot in a casual isometric camera angle familiarizing itself with other similar titles in the action RPG genre. You may not find an incredibly deep experience in comparison to others, but what is there brings an otherwise excellent port over to the Switch’s growing library.

Voiced by none other than legendary voice actor Doug Cockle, also known as Geralt of Rivia from The Witcher series, Victor Vran is a demon hunter. Lured to the dreadful city of Zagoravia, Vran sets out to find his ally who appears to be in great danger. However, things get much worse for Vran once he sets foot in Zagoravia, discovering the city has been turned by turmoil and overrun by a slew of monsters from another realm. And Victor makes it his work to turn things back to the way they were. If only it were that easy.

Subtle Changes to a Familiar Experience

Adopting the isometric camera angle and action-RPG mechanics, it’s hard not to associate Victor Vran with Blizzard’s own Diablo franchise. While those similarities are highlighted throughout the game, there are some instances where the game creates its own identity through character progression, combat tweaks and basic level navigating. Sure, you’re fighting off hordes of enemies and utilizing various weapons and magic to do the deed, but Victor Vran is its own unique adventure equipped with devilish boss fights and tons of deadly weapons.

The gameplay is moderately paced with swift enemy encounters forcing players to utilize one of the many weapon types available in the game. Each type has their own strengths and weakness, speeds and special abilities which can lead players to a trial and error type of gameplay. What makes the game truly unique in regards to the vast weapon selection is the approach of allowing players to swap out any weapon in your inventory at any moment, even if it’s in the heat of battle.

Some enemies may be weak to powerful hammer swings while others react poorly to swift rapier stabs. To provide even more options to the player, nearly every weapon found has unique traits and magical abilities for the player to ponder over. Pull off a whirlwind tornado with the brutal scythe, or create a devastating earthquake with a massive hammer ground-pound – the choice is up to you on when and where to utilize each type of weapon.

Melee isn’t the only option for Vran. Various range weapons, such as shotguns, lightning arc rifles or even mortar cannons helps keep distant enemies at bay. And the quick one-button switch over to your secondary weapon is a delight when pinned back during those ever-so heated enemy engagements. While the combat isn’t the most seamless or effortless in gaming, the freedom to switch between two weapons, or pause the game (when not playing online) to dig deeper into your inventory is more than enough to rattle off dozens of monsters at a time.

While the combat does its job by being the meat of the game in terms of gameplay, the narrative is another thoroughly enjoyable feature. The story, while easily approachable and simple to follow, is mostly a straight shot of saving a city from utter demonic chaos. A few twists throw their way into the mix, but nothing that most players wouldn’t see coming after a few hours with the characters. That being said, the narrating voice taunting Victor Vran throughout the story helps keep the story in line, as well as linking cut scenes help piece everything together into an entertaining narrative.

Like any other RPG in gaming players will earn experience points and level up Vran which grants additional stat bonuses, various Destiny cards and new special demon powers to pull off. The Destiny cards hold additional bonuses to the effects of instantly launching range magic attacks when taking damage, to stealing a small percentage of life points with every weapon attack. The game isn’t shy about handing these cards out, but it’s up to the player as to which ones to equip as you only have a specific number of card slots available at a time.

Demon powers harness the energy from your demon gauge and can cause relentless damage to your enemies. Players fill the gauge by landing blows on enemies, but also forces players to think quickly on pulling the trigger on these powers. While it doesn’t take much to increase your demon power gauge, when players stop landing blow is when the demon power gauge begins to steadily decrease. This can be a bit frustrating at first when dealing with groups of enemies forcing your attention away from the meter, but soon enough making the decision to release a powerful attack becomes second nature. Landing a shower of meteors or a strategy inducing slow time bubble are just a few of the powers that can alternate battles featured in Victor Vran.

What makes the entire Overkill package worthwhile is the heavy metal Motörhead addition which adds an additional world cupped with its own story line. While the original story is chalked full of gameplay and story inside a world of sorcery and demons, the Motörhead consists of levels and enemies based off of the rock group. The locations throughout the new world represent various locations found in the band’s song library, as well as provides players with an entirely new experience.

Swapping between worlds is easily done at the main menu screen, but what makes alternating between the worlds unique is that your character progression transitions over. Say you become stuck or under-leveled when fighting your way through the main campaign. While exploring the various levels, completing various combat tasks given in every level and taking care of monster hordes is an effective method of increasing your power, players with the Overkill Edition have the option of fighting their way through the extra rock ‘n’ roll inspired levels. This helps keep the game from feeling to grind heavy and allows under-leveled players to experience new areas, as opposed to tediously scraping through already visited areas.

On top of the two worlds is a third, more difficult one. The Fractured Worlds is for higher leveled players and throws powerful enemies and bosses your way through another bonus campaign. With three worlds to choose from, it’s hard not to be a bit overwhelmed at first, but sticking to the appropriate order of worlds to explore keeps the game from becoming too daunting, and offers a slew of content well-after you’ve finished the main campaign.

With Diablo 3 headed to the Switch, many may have already made their decision on the isometric action-RPG they wish to dive into. However, Victor Vran is a compelling argument, and one that deserves any attention it gets from the Nintendo hybrid. While the main campaign is anything but lengthy in regards to your average RPG, there’s still plenty to accomplish, from one world to the next.

Victor Vran invites players into a demon infested world that’s keen on bringing a familiar experience to the table. The subtle differences from other action-RPGs keep the game from feeling too recycled, and the extra content from the Overkill Edition extends this effort immensely.