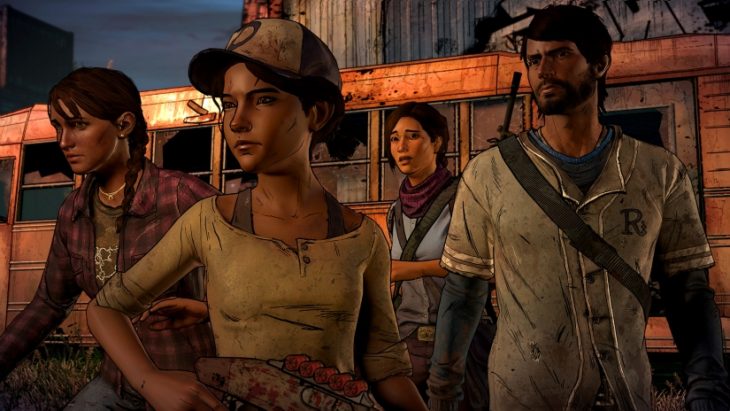 The highly praised series from the excellent developers at Telltale Games – The Walking Dead – is receiving a physical collection of the first three seasons. Coming this December, fans everywhere may pick up the collection of 19 episodes on a single disc.

This massive collection of gratifying and dramatic story driven titles includes all three seasons, 400 Days and the three-part Michonne mini-series. The earlier seasons are also receiving enhanced visuals to meet the expectations of current gen games.

On top of this announcement of a collected arsenal of top quality storytelling, the developers have given light to the fourth and final season of The Walking Dead: The Telltale Series. Cowriter from Rogue One: A Star Wars Story – Gary Whitta – has climbed onboard to help as a story consultant the end the series. Whitta was also apart of the first season, and has recently expressed his excitement for the final season:

“Collaborating with Telltale on the first season of Clementine’s journey through the world of The Walking Dead was one of the highlights of my career, so reuniting with them to now bring her story to a close with this final season feels like a homecoming. Clementine has become not just one of the most compelling characters in the Walking Dead pantheon but one of the great video game characters of all time. I hope we’re able to do justice to her and to her millions of fans. This one feels special.”

We can expect to see the fourth and final season of The Walking Dead: The Telltale Series sometime in 2018. Watch out for the Collection to hit stores on December 5th for the PS4 and Xbox One consoles.