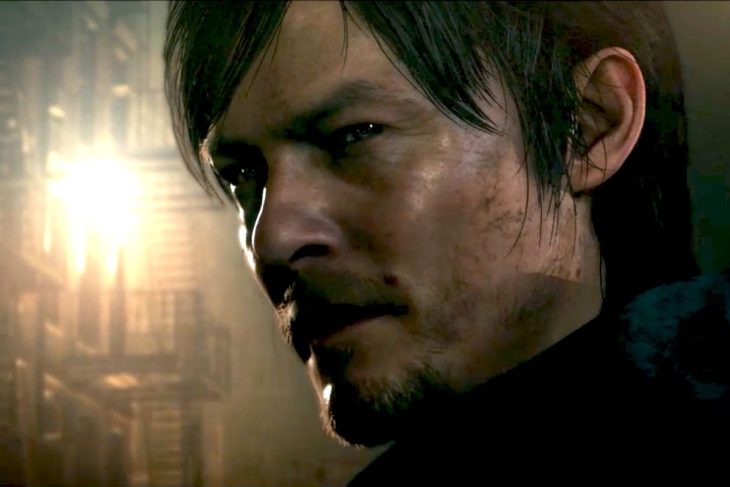 What Are The Odds We’ll At Least See One?

While the industry reveals a surplus of new game announcements spanning across the entirety of every year, many fans still desperately cling onto hope for a few, yet-to-be announced titles. Now, there’s been really no proof any of these titles will actually see the light of day, but with enough demand someone is certain to catch on, right?

Let’s take a look at 5 games we’re keeping our fingers crossed for, but not necessarily holding our breath in anticipation.

The Souls series lifted off after the initial debut release of From Software’s highly praised punishingly grim experience, Demon’s Souls. Spinning together action-adventure, deeply rooted RPG elements and the constant feeling of failure, the series began a new trend of overwhelming boss fights, oh-so cautious exploration and the sudden urge to grab everything that shines in the distance. And, while the Dark Souls trilogy and Bloodborne have sufficed immensely over the previous decade since players first found themselves in Boletaria, many fans wish to go back to the roots.

With the Dark Souls series seemingly taking a back seat in the studio that started it all, a new adventure on the horizon with Sekiro: Shadows Die Twice, and endless pleads for a follow-up sequel to the Lovecraft-esque, Bloodborne, it seems Demon’s Souls may be getting lost in the shadows. While many of its fans would be pleased with a remaster of Demon’s Souls to give the series new life, a full-fledged sequel would be a perfect way to keep the cult-like Souls masochists unequivocally happy.

Konami ruined every horror fans life once they canned the incredibly terrifying teaser demo for their upcoming Silent Hill game known as, Silent Hills. Titled Playable Teaser, or simply P.T., Silent Hills was being created by Metal Gear Solid mastermind, Hideo Kojima alongside famed Hollywood director, Guillermo del Toro and Walking Dead star Norman Reedus. The teaser is now known as one of the scariest games in history, pushing players to the brink of insanity by an incredibly simple formula.

P.T. forced players to walk the same stretch of hallway over and over. With every little detail revealed by the player on every turn, the next passing became more and more eerie. Silent Hills was promising based on the cast, crew and the shuttering experience of turning that corner not sure of what will be waiting on the otherside. Fear of the unknown stalked the player with every passing and created something so horrifying that it still sits as a must-play experience; that is, if Konami hadn’t taken it down from the digital marketplace already.

The first-person shooter realm continuously goes back and forth between the massively popular Call of Duty franchise and the more realistic Battlefield series. With every release we see what seems to be the same multiplayer infused shooter with mirroring elements essentially creating the exact same experience, year in and year out. However, one sub-series of the Battlefield franchise sits happily with fans both inside and out of the Battlefield circle, and that series is the Bad Company duo.

What Bad Company brought over all of the copy and paste shooters we see today is exactly what those same shooters are missing. A purely entertaining single player campaign with the extra addition of online multiplayer. The story about four misshapen soldiers fighting their way through enemy lines brought epic moments, hilarious dialogue and a completely unique Battlefield experience. Bringing the series back for a third installment is well overdue, and many fans are starting to become very, very vocal about it.

Arguably one of the most demanded titles in the gaming industry, Half-Life creators Valve have been frustratingly quiet in terms of anything Half-Life related being teased. When Half-Life 2 Episodes One and Two were released as supposed Half-Life 3 material in three episodes, the third episode never saw the light of day. It seems the series is filled with broken promises as the team at Valve still speak no mention of where, and even if, the game is still in development.

After years of silence, speechless developers on the subject and hope all but lost for the third installment, Half-Life 3 seems farther away than ever. With various image leaks, interviews and numerous sources laying claim to knowledge of Half-Life 3 – or at least, Half-Life 2 Episode 3 – when asked directly, Valve’s Gabe Newell tosses the theory of a third installment completely in the dirt. So, perhaps it’s best we abandon this lost cause, and simply enjoy the Half-Life games we’ve had the chance to experience. Though, I suppose a proper ending would be nice, eh?

Rockstar Games has become a legendary icon in the gaming world with hit franchises like Grand Theft Auto and Red Dead Redemption. The massive studio may land fan favorites periodically, but there’s still one title from their expansive library that has yet to see a proper sequel well over a decade later. That game is non other than the high school “simulator”, Bully.

The game caught tons of flack when revealed by Rockstar back in 2005 for its high school setting created by the very developers responsible for the mature, firearm infested GTA series. Worry not, however, as Bully proved to be anything but controversial in terms of school and violence among teens. The game sits as many gamers favorite Rockstar game (this gamer included) while leaving many fans pleading for a chance to head back to Bullworth Academy, or perhaps a college institution as an older Jimmy Hopkins. We can dream, can’t we?

Will We Ever See Them?

We may never see these 5 titles, we may see them announced as soon as tomorrow. They’re popular brands coming from popular franchises and the demand is extremely high for these gems to be created. Maybe one we’ll see at least one of these titles make its rounds through the industry, but until then, I suppose we’ll have to move on.