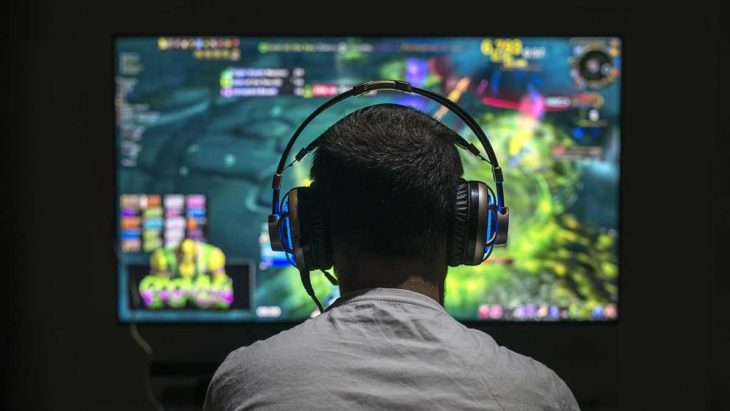 Or Is It Something Else?

Video games have been drawing in fans since the simplicity of Pong brought families together in the 70s. Since then, the industry has soared to impressive heights and continuously delivers compelling, unforgettable experiences one year, one release after another. So what is it that draws us in to these memorable visual wonders?

Is It What You See?

Visuals are huge in video games, especially nowadays. Many games catch our eye due to the impressive details which allow the game to approach realism while still utilizing the fact that it’s still a game. You can’t “play” a movie (other than pressing a “play” button), but with many game developer teams dedicating their craft to releasing high quality graphics within their titles, video games have been becoming much more in line with the cinema industry than ever before.

And as impressive as realistic quality visuals may be, often the most unusual, or flashy, a game is, the more appealing it becomes. Cuphead, Persona 5 or Okami are all glowing examples of taking the visually striking imagery by storm and delivering a completely exotic look for the experience. These types of games become satisfying just to look at, making it a worthwhile event to endure.

How You Play The Game

However, visuals is certainly not the only nuance that keeps gamers and fans coming back for more. Ideally, the most irreplaceable reasoning is for the gameplay. It’s why so many of us choose video games over other modes of entertainment, like books, television or movies. Video games are the only digital medium where consumers actively control parts of the experience, giving us a sense of gratifying accomplishment; something that lacks in other forms of entertainment.

But, with so many styles of gameplay surrounding us today it’s hard to say what exactly sells us on one game over the other. Personal preference, sure, but what draws millions in to one title over another similar title? Speed and adrenaline, unmatched mechanics, smooth handling and rewarding actions all take part in creating a near-perfect experience – something that continues to make an appearance throughout the broad spectrum of video games.

Sinking Your Teeth In

Perhaps one of my personal favorites as to why I indulge in video games time and time again – the story. While sifting through the many Netflix titles may lift viewers into an imaginary journey through a character’s life, video games offer the unique ability to transfer the player into the shoes of the protagonist. We’re not only watching events unfold, we’re participating in them creating a personal attachment to the actions that occur around the character.

Along with becoming apart of the narrative, video games have become systematic storytellers, as well. Games along the lines of Uncharted/The Last of Us, Wolfenstein, Assassin’s Creed or Final Fantasy have embraced story telling which allows games to advance to new lengths in the medium. Incredibly talented writers create memorable plot lines highlighted by skilled voice actors that bring the story to life, and pieced together by the crafted sights and sounds of the world. Seamless cut scenes, thought-provoking dialogue options and remarkable character design draws players like myself in further than any film ever could. And I wouldn’t have it any other way.

Recent: Does Being A Gamer Entail Being Good At Games?

So what draws a gamer like yourself into the vast explorable worlds found in video games? There’s so much to like with the ever-growing industry, at times, it’s easy to get carried away. Whether you’re in it for the gameplay rifling away other players in online PvP, looking forward to becoming absorbed in a gritty, mood setting story, or mesmerized by the sheer beauty of the dreamlike fantasy worlds, video games have made their mark on society – and many of us are more than thankful for the experiences we’ve been through in today’s modern world of gaming.