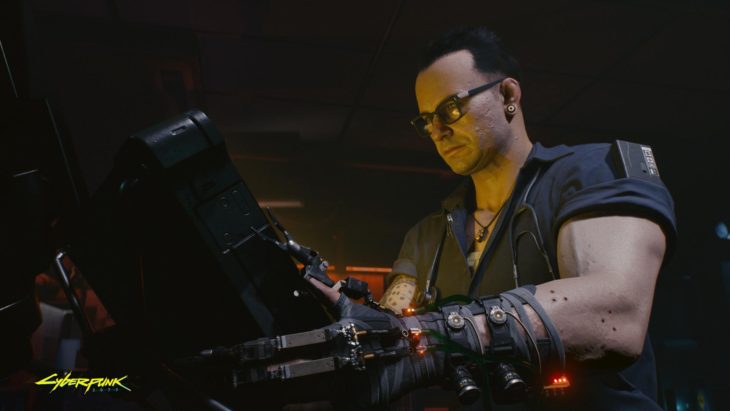 Welcoming An Era Of Massive Data

With Rockstar setting trends in the gaming industry once again, many gamers have been enjoying the incredibly deep, immaculately detailed open world western, Red Dead Redemption 2. The massively polished title comes with a first of two discs in the package – one for playing the game itself, and one purely for data installation.

While the bold move to include multiple Blu-ray Discs we’re curious as to who else in the industry will follow the trend and push boundaries with their own releases. Games will only continue to grow with every passing year, so let’s take a look at which upcoming big releases might just hassle more gamers with multiple discs.

Naughty Dog is known for creating visual spectacles consistently pushing the edge of modern technology. They did at the end of last gen with The Last of Us, and it seems they will be at it again by the end of this gen with the second release in that very same series. The amount of detail and functionality we’ve seen so far from gameplay trailers, it wouldn’t be the least bit surprising if The Last of Us Part II was not only a massive install/download time, but also came with a multiple disc package.

CD Projekt Red’s upcoming new IP is blowing the industry’s mind with outstanding visuals, impressively detailed and designed AI and the promise of a massive sprawling open world. There’s a lot that goes into creating a game of this caliber, and with that comes a lot of demand for data. If any future release is headed for a multi-disc release, we can expect Cyberpunk 2077 to be at the top of that list.

Related: What We’d Like To See In The Medievil Remake

This may be a complete shot in the dark, Hideo Kojima’s beautiful looking action game is shaping up to be quite the visual masterpiece. We’re not sure what the exact plot is, we’re not sure what type of game it is, we’re not even sure how big the world will be – but one thing we can bet on is the game will be massive. In Kojima fashion, you can bet on a lot of cinematic cut scenes to keep up with the twisting story line. It wouldn’t be surprising at all if Death Stranding made it to the 100 plus GB data mark once it releases.

The Next Assassin’s Creed

Assassin’s Creed titles grow larger and larger with every (mostly) annual release. With Odyssey the game created a massive rendition of Ancient Greece filled with plenty of open seas, but just as much land to traverse and explore as well. What we don’t know is if we’re jumping back into the Animus next year, but you can bet it will be yet another massive open world playground. The sizes will continue to grow, as will the polish, animations and whatever details Ubisoft decides to include in their historical adventure series. Larger worlds and more details require more data space, so, while a multiple disc Creed title might not be the most likely scenario, it wouldn’t be the most surprising, either.

What About Next Gen?

Next gen consoles, while still unannounced, will undoubtedly have a flurry of questions from the gaming crowd. Perhaps one of the biggest will be if the new systems will use the Blu-ray Disc. If so, then we can certainly expect game with multiple discs to be a much more normal occurrence. But, which next-gen titles are we almost certain of multiple Blu-ray disc format?

Bethesda creates some of the largest, most interactive worlds we see in gaming. With their upcoming Fallout 76 title the team promises an astounding sized map that spreads out at four times the size of Fallout 4’s Commonwealth. That’s an impressive feat all in its own and Bethesda prides itself on creating a larger map with every big release.

With recently announced – but still far off – titles, Starfield and The Elder Scrolls VI, we can bet these titles are coming to the next generation of consoles. It’s likely Bethesda will focus on creating a promising and exciting experience for their online Fallout title, and it;s likely we’ll see new consoles from both Sony and Microsoft within the allotted timeline of Fallout 76. With Starfield promising a massive space RPG experience, and the bar set incredibly high for TESVI, these will most likely push Blue-Ray discs to maximum capacity calling for multiple discs. That is, is next-gen hardware is still using the disc technology.

Related: Top 5 Games Releasing In November That Will Keep The Ball Of Momentum Rolling

After more than a decade of development for Final Fantasy XV it’d be no surprise to not see the next installment in the long running series sometime in the middle of the next generation of consoles. FFXV displayed a massive open world with gorgeous visuals to run right alongside it. While the open world wasn’t appreciated by everyone in the fan base, with a few tweaks the series can turn itself back into the reigning RPG franchise it’s best known for. Multiple discs have happened in the series before, so why not achieve multiple Blue-Ray discs on the practically inevitable Final Fantasy XVI release.

This whole article started with the release of multiple discs for Red Dead Redemption 2, so it only seems right that we include the next big release from Rockstar Games. Now, whether it be GTA VI, Bully 2 or perhaps a brand-new IP, Rockstar has shown they’re not afraid of sacrificing disc space for a new layer of depth to their experiences. Heck, we can even go as far as to say Rockstar Games titles will include multiple discs until we see a new form of tech take the Blue-Ray disc’s spot. Until then, expect physical copies to weigh a discs-worth more, and digital titles to consume your precious hard drive space.

So, we’ve seen the first run at multiple Blu-Ray discs in gaming, and while it’s up to you to decide if the decision is worth the sacrifice – games aren’t getting any smaller. Unless we see new technology sometime soon, we should start getting used to the idea of an installation disc to pair up with the game disc itself in the future.