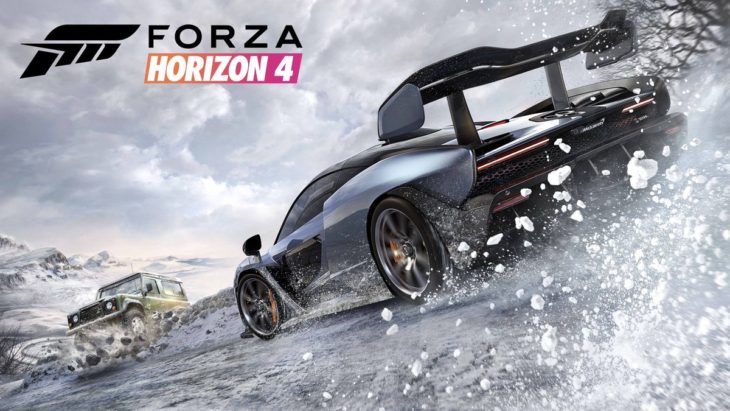 Looking To The Horizon

Forza Horizon 4 has been lighting up raceing fan’s screens for nearly two weeks now and one thing has been made abundantly clear: it’s one of the best open world racers released in a long time. But what makes it so much more appealing than other racing games of the same style? Let’s take a look at what other racing games can learn from what Playground Games has accomplished with their latest Forza installment.

Don’t Take Yourself Too Seriously

Whether it’s an open world arcade racer or a track racing simulation, today’s racing games require a certain amount of depth before coming too repetitive. Forza Horizon 4 is able to provide gamers with something out of every major category in racing, regardless of style. Some races take players across quick city streets requiring high precision cars to zip around tight ninety degree turns, while others have players jogging hilltop to hilltop through rivers and catapulting off jumps.

Related: What Grabs You Most In Video Games? Graphics? Gameplay?

With every specific number of experience point total met acquired through these races, however, Horizon 4 has players going up against some absurd opponents that completely take any seriousness away from your racing career. Massive land boats powered by giant fans, a roaring train ripping through the course or taking on a Delta Jet ripping through the sky all help split up continuous race events with a few absurdly satisfying special events. The amount of depth between every race leaves Horizon 4 as one of the most rewarding, thrilling racers around

A Healthy Balance Of Fun

While the Forza Motorsports series drives itself towards a much more simulated approach of racing, the Horizon series shines with an open world balance of flashy arcade style with the option of creating a more simulated experience. At first glance it’s hard to see where Horizon 4 brings a realistic approach, but within the game’s option menu offers a variety of sliders which can adjust settings like traction control and braking.

Now, this is hardly a new trend in racing games, but how well Horizon 4 executes the adjustments within an open world game really delivers a sense of personal customization. Sliding through old brick barriers, maintaining a tight slalom with precise control or taking your low-riding Lamborghini through a dirt path are all options left on the table for the player. And the balance allows for most types of racing enthusiasts – be it arcade or simulated – to join in.

Tons of Exquisite Cars Of All Styles

Cars, cars, cars. It’s what most racing enthusiasts are eager to know when their most-anticipated title is headed towards release. But, does having the most cars in your line up make the game that much better? There’s no denying that Horizon 4 is brimming with cars of all shapes and sizes, but it doesn’t feel so overwhelming you’re not sure where to start. When some racing games are priding themselves of nearing the thousand car mark, and others hovering around the 100 plus count, Horizon 4 delivers a substantial amount of racing machines across an easily navigated dealership menu.

The sheer amount isn’t entirely what makes the vehicle selection so ideal. It’s the amount of different styles, years and manufacturers that’s impressive. And with the many different style of races, it’s no wonder players are given so many options to choose from. Old school off-roading VW Bugs to Renault rally cars to tons, heavy-duty pick up trucks to a wide selection of Ferrari street machines, Horizon 4 flaunts its dexterity with a flood of both common and rare, high-powered and under powered rides.

One Of The Best

Forza Horizon 4 provides racing fans with a slew of racing options, events, cars and adjustable tweaks. Throughout the beautifully realized British open world seen through all 4 interchanging seasons, there’s enough within the entire package to keep players coming back for more. It may not be the best racing game ever made, but it’s not too far off. When most open world racers tend to feel recycled from one game to the next, Playground Games delivers an exciting experience filling the void where most others drop the ball.