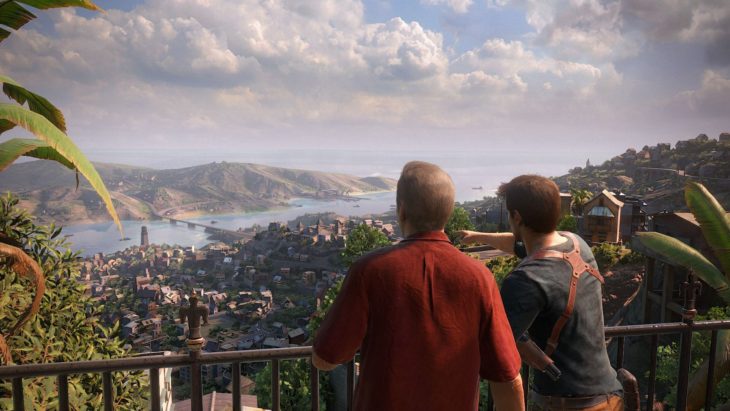 The Possibilities Are Exciting

With tons of recent speculation revolving around the next generation of gaming consoles, it’s hard to imagine where the industry could go in terms of performance. While the visuals are becoming more and more realistic with every new console release, what else could we see improve when the inevitable next-gen Sony and Microsoft consoles arrive?

As much as anyone can speculate, improving visuals and graphics is almost a certainty. However, at the current technological rate we’re not so sure a new batch of consoles can greatly improve upon what we currently have. While smoother edges, better animations and more lifelike movements is almost certainly a must, from a graphical standpoint it seems the industry is content with trying to achieve native 4k at an average of 60 fps. This would be a big leap for the industry, and one that would allow incredibly smooth and gorgeous titles for the next-gen of gaming.

Of course, it isn’t all about visuals and frame rates. There’s so much more that we can see advance within the performance world of video games – and as we’ve seen with Nintendo – intuitive hybrid hardware designs. Is the Switch a sign of where the industry is headed, with more options to take your favorite games on the go – or is it merely a means for the veteran game company to take the usual route of separating itself from the competition?

We’ve seen Sony try its hand for years with a solid portable device – and in some cases they were successful. But with the growing need for more portability and mobile gaming, we may start to see more technological advancements in that particular field. Both the PS Vita and the Switch are impressively powerful consoles for being portable options, but they do in fact have their downfalls. With games like Skyrim and Wolfenstein now available on the go, it’s exciting to think about how much farther we’ll be in a couple of years from now in the portable realm of gaming.

While we’ve already touched based on improved visuals, frame rate and animations, there are some other features that could benefit greatly from this aspect. Draw distance is often overlooked by casual gamers even though it can greatly affect the immersion level from one title to the next. Having the ability to see clear across the map is a useful feature, and one that has increased greatly from each generation of video games.

5 Of The Best Games Releasing In August 2018

The draw distance and level of detail in the current generation of gaming is an incredible feat, but we can still see some improvements. Various pop ups still commonly hinder console gamers (especially Switch owners) throughout the broad spectrum of gaming, but even AI interactions from far distances often hold strategy inducing gameplay back at times. A greater depth of field and allowing players to see as far as the eye can see will surely help present a truly breathtaking experience for the future generation of game consoles.

With game trailers like Naughty Dog’s upcoming title, The Last of Us Part II, leading the industry to believe that true intelligent AI enemies are on the way, it’s exciting to think these interactions will be a common place in games in the future. AI reactions and NPC interactions in most games have typically felt choreographed or leashed to the actual player. Even in some of the most advanced games it’s not hard to point out enemy weaknesses which exploit poor quality AI and otherwise unintelligent movements.

With the next-gen of gaming we’re hoping to see some massive improvements, ultimately creating a living and breathing world that actually feels alive. More recent generations have made big strides in populating worlds and giving each character their own tasks to make them appear alive, but too commonly do they end up becoming just another cloned NPC filling a unfulfilling world. And allowing enemies to read player movements, respond accordingly and even outsmart the player would bring an entirely new level of both strategy and realism to the field of gaming.

Exploring A World Inside and Out

While vast open worlds are becoming more and more common amongst the popular (and unpopular) gaming franchises, the industry needs to begin to branch out even more. The maps are definitely becoming much larger than before making for hours of exploration and secret areas, but what about the interiors? We’ve certainly seen a fair share of titles add interior exploration – Bethesda games like The Elder Scrolls and Fallout come to mind – but they aren’t the seamless exploration we’re hoping for.

Does The Switch Have What It Takes To Surpass The PS4 In Sales? The Wii?

Strolling through a town or village and popping into any building that your character passes uninterrupted by loading screens is an exciting thought, and we’ve even seen this in games like the more recent Assassin’s Creed entries, or even State of Decay 2 – but not to the level of realism it could be. Breaking through any window around, maybe climbing through a house from a picked lock and exploring interiors that are vastly different from one another would be a huge improvement in this field. Too many times have we explored copy and pasted interiors that leave little to the imagination, and we’re hoping the next gen can help nudge the industry in the right direction.

With the current generation of video games now entering year 5 of existence, it may be time to start thinking about the future of what we could see next. While personally the current gen is still hitting the mark with, more often than not, breathtaking and awe-inspiring events, the industry has still yet to peak; and probably won’t anytime soon.