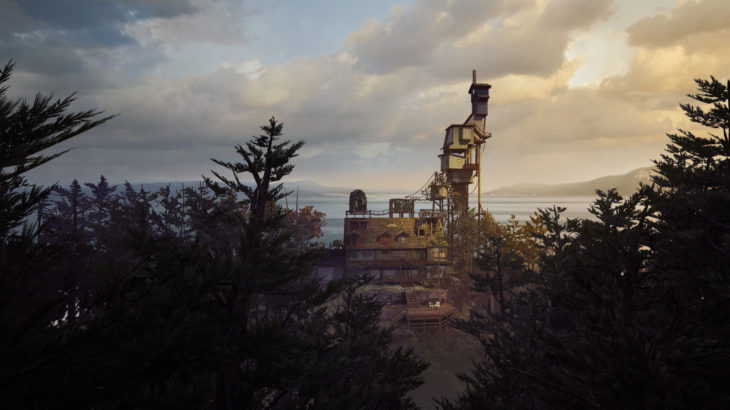 An Eerie Adventure Through Life and Death

Every once in a while an interactive experience comes along and completely knocks the player on their rear. Whether it’s due to stellar gameplay, impossible challenges to overcome or a gripping narrative so enthralling even the thought of stopping the experience – even briefly – feels taboo. What Remains of Edith Finch takes a purely captivating setting and swirls into a narrative so moving that it will leave you wanting more. But does the rather short adventure make up for its quick experience with clever mechanics and surprise twists nearly around every corner within the Finch home? We think so.

Check out our video summary review of What Remains of Edith Finch below:

The player starts off on their way towards the massive, patched together mansion that belongs to the historically demise family, the Finch’s. You take on the role of Edith, the last remaining member of the tragedy-struck family and your purpose is to finally learn the truth about your unfortunate fate. The game guides the player along a pathway towards discovery as the narration of Edith’s thoughtful words stream across the screen in ever-so creative ways. An incredibly thought-filled adventure awaits the player and Edith as they work their way through the now-abandoned house in hopes of experiencing each relative’s death in a unique and often exhilarating journey.

Players will sift through each room that makes up the various floors of the Finch Estate. As you carefully make your way through the halls and rooms of the house Edith gradually fills the void of silence up with her inner dialogue explaining her situation and how she came to hear of her now deceased relatives. But as the game opens up, players begin to unravel the mysteries surrounding the death of her family through simple, yet engaging scenarios, often times having the player take complete control of the past relative allowing players to revisit the time of their death through their own eyes.

The game takes players through a family history that dates back multiple generations, all the way when Edith’s Great, Great Grandfather towed the Finch Estate across waters to its current location. From that point on, the vast tree of the Finch family had suffered loss after loss leading up to the last living Finch among the world. Seeing these tragedies with your own eyes presents an eerie feeling that sits cautiously with the player throughout the duration of the game. And it’s brilliant.

Each scenario that Edith experiences is vastly different from one another. One may guide players through a simple flip-book story, while another has players controlling the character through comic book scenes. Every scene mimics the personality of each relative and is often greatly exaggerated to allow for a much more imaginative experience through a steady-paced narrative.

As you continue down your determined path of clarity Edith’s words carefully paint the scenery that surrounds you. Her dialogue envisions the confusion she has about her mysterious family’s past, but begins to unfold as the journey pushes forward. Each room explored takes the player through the treacherous timeline of the Finch household, starting with the bottom floor (including the basement) leading up the upper floor – eventually atop the makeshift add-ons that create a towering addition to the rooftop of the house. After you experience the fate of each and every relative, Edith pulls out her family tree and scribbles in a portrait of the family member next to their name. The mystery of the tree has been held back from Edith by her mother who wishes to forget the turbulent past, which eventually leads to the satisfying and rewarding conclusion to Edith’s journey through her family’s sketchy history.

A Roller Coaster of Sentiment

The remarkable thing about What Remains of Edith Finch is that such a dreary story coupled with a bleak setting doesn’t always invoke equally as dreary or bleak moments. There’s occasionally moments within the short 2 hour or so long narrative that sparks joy or even humor to the experience. These moments are part of what create such a lasting memory of the game, even after some time has passed since playing through the journey. Everything mixed into the end result of Edith Finch’s emotional journey, from the gloomy plot to the roller coaster of sentiments, and even to the charming method of involvement for the player adds up to an experience that can be enjoyed by nearly any and every player.

The control scheme to Edith Finch is part of what makes the adventure so approachable. Players only need to concern themselves with a couple of buttons which merely interacts with key objects or performs a specific ability depending on the relative’s scenario. It’s so incredibly simple to follow that part of the magic is the immersion created through the experience and words alone, and the lack of in-depth control mapping only strengthens this argument. There’s no crucial timing element with players exploring and discovering new details at their own leisure. Whether walking through the house as Edith or experiencing a relative’s flashback scenario, there’s never any sense of urgency and the simplistic controls allow for more focus on the riveting story.

Rarely does a game impact the player with so little interaction or player control like What Remains of Edith Finch that it’s so refreshing to experience, even if for a short while. So many titles today demand countless hours and devotion, mastering control schemes and memorizing enemy tactics that flowing through an experience as grim as Edith Finch’s story can be a truly relaxing endeavor. And with its short duration and easy linear flow, What Remains of Edith Finch is a perfect example of not asking too much from the player while still rewarding them graciously for their indispensable time.

There something so clever and awe-inspiring about the adventure of Edith Finch through her family tree’s disastrous endings that you never thought you’d enjoy experience grieving and death so thoroughly. There’s a magical feeling of mystery with every memory buried within the Finch estate, no matter how short or long. What Remains of Edith Finch manages to create one enduring journey made up of touching mini adventures through the ill-fated family of the game’s brave protagonist.

If you’re looking for a quick pick up-and-play title that strikes an emotional chord like very few other interactive experiences, What Remains of Edith Finch follows that suit perfectly. With its simplistic yet engaging gameplay moments offering unique methods of interaction throughout the course of the story, players will easily find themselves wrapped up in the game’s excruciating story of a teenage girl and the tragedy of being the last remaining member in a family brimming with a devastating history of mortality. While easily experienced in one short sit-down with the game, the experience on its own will leave you breathless, ever-so ardently wanting more.