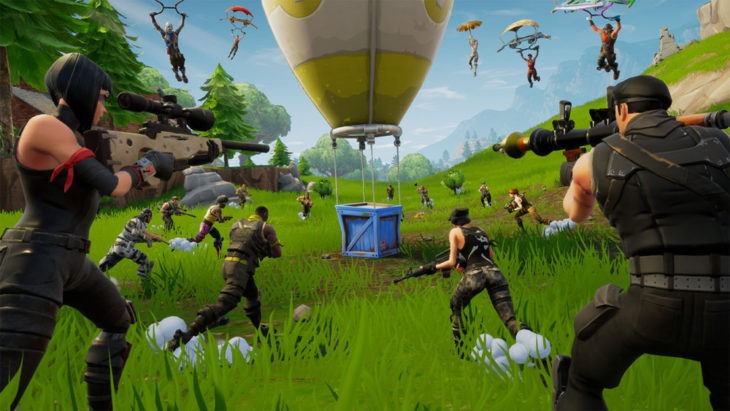 There appears to be a recurring theme in new game releases recently and it involves publishers entering working titles into what’s commonly referred to as an early access stage. But, is the ‘beta’ or ‘early access’ title just a means for creators to release unfinished work early on while ironing out the game over the course of its lifespan? Or is the premature move justified if, and only if, it’s executed properly?

During the generations before online connectivity reached our beloved consoles, releasing unfinished worked rarely peeked its head around the corner. Developers couldn’t simply create a patch for their game and issue an easy update via internet thus leading to a more polished, finished experience. Games were finished upon release, and if players were participating in beta testing it was more of an exclusive event, not a public occurrence.

In today’s constantly evolving online world game publishers can now forgo any future damage control by sticking a tag on the title of a game declaring it’s still ‘under development’. This tag lets players know that certain issues, gameplay performance and missing content is all subject to change, subtly diverting any negative feedback straight out the window as the game is technically unfinished. But should gamers feel a bit weary of this increasingly common practice in the industry?

After all, one of the biggest games in video game history is technically still in the Early Access stage — that game being the astonishingly popular, Fortnite. But Fortnite has a winning formula, and with a full head of steam it doesn’t look as though the hype is slowing down any time soon.

And what’s that winning formula, you ask? Well, for starters: it’s a free to play title. This factor alone merits what should be the deciding factor if a game enters early access or releasing to the public in an unfinished state. No one is going to shell out their hard-earned money for an unfinished product on nearly any other market, so why should we when it comes to video games?

While often enough it seems the early access approach may get used more than it should, there are a few positives to take away from the move. When early access titles use the free-to-play model it allows developers to receive constant feedback from the community on their approach to release day. Of course, this is becoming common all over the industry, launched games or not, but with early access at least you’re not paying for the finished product first.

Though not early access, most beta periods allow a small glimpse at a game before it officially launches, as well. Similar to a demo only they typically last much longer, and are often held at specific times throughout the day. These beta periods commonly act as pre-order incentives and help build the hype for an upcoming game. Or, helps sober your outlook and possibly sway you from making a regrettable decision in picking up a game that turns out to be a bust.

Of course, many titles don’t warrant as much positive incentive for participating in pre-release stages without coming with a price tag. Paying full price for a game that’s still running in an unfinished state makes it hard to justify the purchase. At a time when a large number of new titles receive setbacks and rescheduled release dates, why should publishers push out unfinished products to their fan base?

Paying For What You Get

Publishers and developers sometimes also take advantage of the early access tag, as they keep their title in development for years ceasing to give it a proper launch. It’s hard to not assume that staying in development acts as a safeguard against negative backlash and criticism allowing the team to safely dish out patches as they see fit. While constant updates are nice to see in the industry, players shouldn’t have to pay full price on day one for an unfinished, content barren experience. Playing the first week of a game’s release date used to be something special, but now it seems safer to wait it out for months, sometimes years after launch day; rather than take the risk of purchasing an unfinished, unsatisfying product.

Games used to release finished and ready for the full experience. Getting your hands on a title you’ve been anticipating early is great, but not at the cost of possibly ruining the experience with broken gameplay. Sure, nearly every single game that releases gets better over time with patches and updates doled out regularly. But the really good games still function near flawlessly on day one. And that seems to be something that’s slowly trickling away from the consumers.