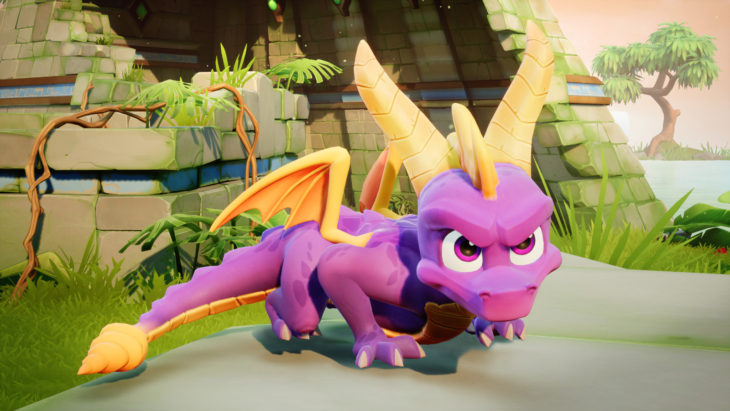 It’s not all about the nostalgia factor, either…

The rise of some of the industry’s most beloved classic titles receiving eye-widening remakes for the line of current gen consoles has engulfed most of us (at least the older generation) in a refreshing wave of sweet nostalgia. But why is returning to these old favorites so popular when there seems to be an overwhelming plethora of new games being shuffled out now more than ever?

It’s no question that beefed up gameplay, modernized controls and breathtaking enhanced visuals is enough to make most gaming enthusiasts, both hardcore and casual, return to some of their most memorable titles in gaming. Summoning in new life to old stories not only gives us a chance to relive the good old days of our youth in stunning fashion, but perhaps gives us a chance to discover something new about our favorite classics that maybe we couldn’t see before.

Many of us devour these classic remakes today due to the massive library of video games on just about every console released since the 80s; and now we have a chance to get through some games we may have missed upon initial release. Re-releasing games to run on current gen consoles allows players to experience what all the fuss is about with classic titles, without having to dig up old hardware. Or worse, shell out the bucks for an out-dated console attempting to squeeze in more time you already don’t have. It’s much simpler and less cluttered when you can relive vintage experiences on current hardware.

Of course, more often than not, it’s not always going to be about striking off that classic game from your overflowing backlog years later down the line. A vast majority want to see some of their favorite and most prized titles reignited in a shiny new coat of paint and smoothed out textures. Along with updated controls and reimagined visuals, many timeless classics become much more accessible due to the current standards of what makes a game easy to understand and entirely feasible.

And some of that comes through heavy feedback from the fans and community for years to come after a release. The developers acknowledge what makes a game standout, both in the right and the wrong. Taking into account the missed opportunities and years of experience to now lean on, correcting irritating bugs, frustrating camera angles or awkward polygon cut scenes is all the more reason for a much less intruding revisit.

However, there is a vast amount of players who are simply intrigued by what new features can/will be added to their favorite remakes. Turning back time and returning to the adventures brought forth in remade classics is one aspect, but discovering entirely new features that have been added to the game can really get the excitement and giddy-ness juices flowing. While having the opportunity to see new and improved remakes on your current hardware is a nice break from the new IPs hitting the industry year in and year out, there’s still looming aura of surprise factor that follows the classic remake all the way up to release.

For instance, the Crash N. Sane Trilogy – which released on the PS4 in 2017, and other consoles later this year – didn’t just overhaul the blocky visuals and smooth out the controls, but also contained a load of new features to help fix the outdated feel. Adding new gameplay features, auto/manual save functions, added checkpoints, new playable characters and even upping the difficulty to better fit today’s standards all helped improve on the original mechanics and better suit the modern era of gaming. Those looking to relive the Crash Bandicoot days of the original Playstation console were in for a surprising twist as the game had been revamped to add a hint of freshness to the original formula.

Another excellent example is 2017’s Sonic Mania. While not an actual remake, the game focuses on bringing the exact, and I mean exact, formula that made up the original Sega Mega Drive/ Genesis titles from the early 90s. Reliving many of the classic levels from Sonic earliest adventures, Mania simply added to them. Playing Sonic Mania feels incredibly identical to the Sega originals but now with stages that are twice as long with twice as many unique obstacles and features. For anyone who has a familiarity with the blue blur’s 16-bit days, Mania is a refreshing breath of original gameplay mechanics mixed with brand new, surprising gameplay.

A Lot More To It

Or, maybe it is the tasty nostalgia that brings us back for more. After all, one reason why many of us keep coming back for more gaming adventures is to continuously cram unforgettable experiences one after another into our growing imagination in hopes of experiencing that next memorable moment. Who wouldn’t want to return to a time when all was right with the world, when you were becoming lost in a graphical escapade at a young and impressionable age? So, yes, of course nostalgia plays a huge role in the success of classic remakes; but there’s a lot more to it than that.

So, here we are gearing up for some of the best looking remakes on the inevitable horizon. With Dark Souls: Remastered right around the corner, Spyro: Reignited Trilogy recently announced to unrivaled fanfare, the little surrounding knowledge leaving fans drooling at the mouth of the MediEvil remake, and the constant rumors of Blue Point Games’ next possible remake in development – the air is strong with familiar scent of gaming’s unforgotten classics. I, for one, hope they keep them coming.

Maturity in both the feats of technology and the culture of the gaming community has risen (some more than others) to new heights allowing players to experience unforgettable adventures never before told in the immersive medium. Often times, however, we’re left wondering ‘What could have been?’ when thinking about some of our ‘gone but never forgotten’ classics that graced our living rooms for generations. Perhaps returning to the days of simplicity and nostalgia allows us to remember why we took on this hobby, this passion so fruitfully and enthusiastically to begin with in the first place. Perhaps…