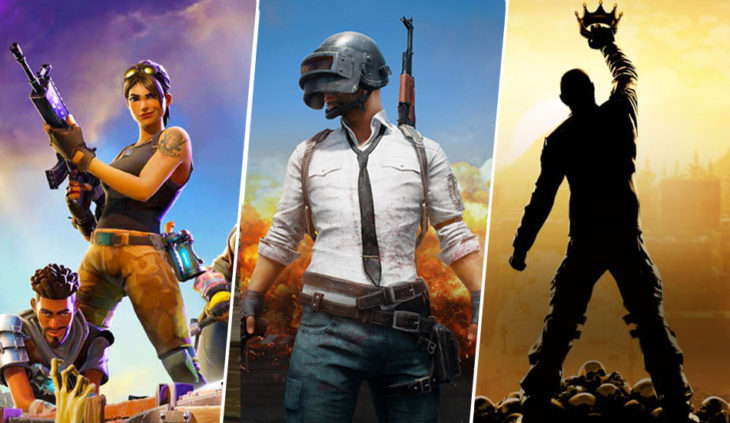 Taking A Look At The Incredibly Successful Multiplayer Genre

Impressively gaining attention for well over a year now, multiplayer enthusiasts everywhere have been glued to the overly hyped PvP action that is battle royale mode. While there seems to be no sign of slowing down for battle royale front-runner Fortnite, other multiplayer titles like Player Unknown Battlegrounds or H1Z1 have recently experienced unsavory drops in overall player count. Could the latest drops in the popular multiplayer mode foretell an inevitable future of repetition and apathy? Or will it continue to grow with creative twists and original concepts?

It’s no secret that Fortnite’s free to play Battle Royale mode has garnered an absurd amount of profit since its release a year ago. Going on these stats alone should be enough to prove that there is, in fact, a massive audience for the strategic and highly skilled experience that’s been shaking the online gaming world so vibrantly. But Fortnite’s competitors seem to be telling another tale of dropping player counts; and with upcoming battle royale games on the horizon, is there concern for their future in the genre, as well as Fortnite’s?

The formula is relatively simple: players start with virtually nothing, drop into the map at coordinates of their own choosing and begin to hunt. Not just hunt for other players, mind you, but for viable resources and supplies, such as weapons, armor, health items and other beneficial upgrades. Players can choose to pair up with other players giving a slight nod to cooperative play, or take on an “every man for themselves” approach in solo matches. Once a player is defeated, they leave the lobby and on to another match with a slew of new players.

It’s a formula easy enough for most players, both casual and hardcore, to pick up and play. But seeing any sort of success comes only to those who typically commit themselves to the one type of gameplay style, or particular game itself. It’s hard to imagine any game or genre continuing to see the amount of success Fortnite has seen over the past year. Even popular online titles like World of Warcraft or Call of Duty has seen slight slumps in player activity, mostly due to inner genre competition. After all, it’s only been a year with Fortnite, which isn’t exactly a long time for things to settle in and become stale.

But, perhaps that’s the point. It hasn’t been long since Fortnite has taken over the battle royale scene, and in this little amount of time the free to play game has raked in well over $100 million dollars in revenue, largely due to upgradable cosmetic items. What’s more is that Fortnite’s formula particularly caters to a much broader audience when compared to others in the genre. Fortnite mixes survival, online PvP/Co-op, shooter and creative constructing options all in one game. One match. And it also seems to be a massive success in views for Twitch streamers, proving that many just enjoy watching the mega-popular competitive online play from some of the industry’s best competitors.

With that being said, all great endeavors do eventually come to an end. And with tons of developers trying their hardest to jump on board the battle royale bandwagon attempting to bring their ideas to the community, how long before we’re overly fatigued from the “win or go home” matches that battle royale brings? Titles such as, Mavericks: Proving Grounds, Europa, Battlerite Royale, Dying Light: Bad Blood, Fear the Wolves, Call of Duty Black Ops 4, Rapture Rejects, Fractured Lands and Egress are still to release in the remaining 6 months of 2018. Not to mention the list of games currently in Early Access offering the battle royale treatment. Granted, most of these titles all have their own unique tweaks to the standard battle royale formula, but that’s also a lot of the same style of gameplay for fans to digest.

In due time, there’s no doubt we will see just exactly where the tremendously popular battle royale genre is headed. It’s not so much a gimmick like motion controls or 3D gaming (possibly VR, as well), but it’s not outrageous to consider it less than a growing mainstay feature, unlike standard cooperative play or online deathmatches. Battle royale is much more of a “you either love it or hate” scenario, but one that has no doubt seen an awful lot of success. As for now (and if the above list of future BR titles says anything), we’re sure to see loads of new battle royale experiences brought to the table in the coming months, and it’s highly doubtful things will begin to stutter anytime soon. After all, we’ve still yet to see what AAA studios can do with the genre, i.e. Treyarch with Black Ops 4.

If the numbers are anything to go by, battle royale – and its current champion, Fortnite – is here to stay, at least for a while. This time next year, even next-gen, may be an entirely different story. But as long as fans continue to play and help the genre grow in new and inventive ways, why not embrace the next big leap in online gaming?