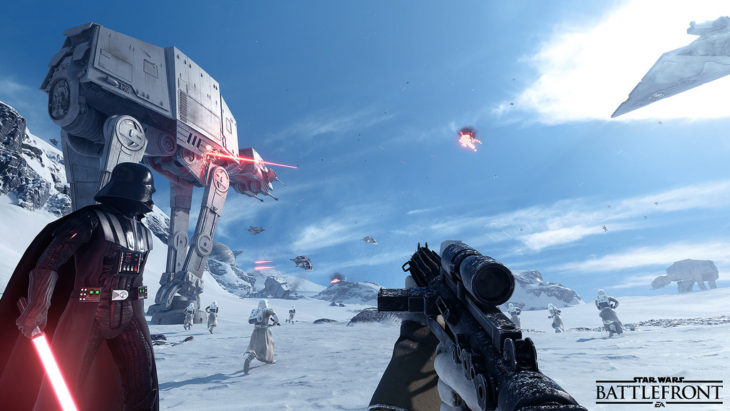 As you’re probably aware, Star Wars Battlefront 2 has finally been released. One of the most anticipated titles of 2017 is ready just in time to improve our holidays with some good old Star Wars brawls.

With that being said, there are some complaints and unanswered questions about the game coming from players and the journalists who got a glimpse of its features long before any of us. Some aspects look like they’re spot on, whereas others might bring the quality of the game down.

In this article we’ve pin-pointed some of the more important things to watch out for. Let’s start with some good news first.

The singleplayer storyline of Battlefront 2 is pretty interesting. We to play as an Imperial officer in the time after the destruction of Death Star II. The Empire is falling apart due to the fall of Palpatine and Vader, and the remaining high officials are trying to keep it alive in one way or another.

The main character, Iden Versio is part of the Inferno Squad, a special Imperial unit that does espionage as well as fighting missions. But the once firm believer in the Empire, Iden starts to question her beliefs as the story unravels.

The story is pretty powerful stuff, as there is great character development. Judging by the reviews it’s getting so far, it is one of the better sides of Battlefront 2.

Every SW fan presumably wants an opportunity to fight as Vader, Palpatine, Boba Fett, Luke and other main characters. The guys at EA are obviously aware of this, and Battlefront 2 delivers perfectly in this regard.

We have the chance to play as all the major movie characters, and all of them have different abilities and overall gameplay. The lighsaber duels have never been this fun, and I must say that playing as Kylo Ren is probably the most fun experience in the game.

It’s just sad that they didn’t give Palpatine a lightsaber as well. He uses lightning as his main weapon, but it would be great if we had a chance to see the lightsaber skills he displayed in Revenge Of The Sith in this game.

The multiplayer gameplay is overall pretty great, but there is one thing that is getting on everyone’s nerves. Of course, I’m talking about the upgrade system with the silly crates. In case you haven’t seen it, the way you upgrade your characters in multiplayer is by using currency you get by playing the game and defeating others in combat.

This would be fine, except for one small thing. You can’t use this currency in a logical way, you essentially have to roll the dice and pray that the “loot crate” will provide you with a good upgrade. So there is a luck factor involved. You could get a super cool upgrade, or you could get a crappy one a few times in a row and fall behind. It’s pretty silly.

There is an option to buy currency with real money, but again you have to roll the dice and pray for the best. That’s not something that RPG oriented fans like myself enjoy. Whether this will change in the future remains to be seen.

There are still some buggy situations like getting stuck in the walls and passing through objects, and the game has not been completely polished. But this is not something to get too aggravated for, and it will probably be fixed in the near future.

That’s more or less the story of Battlefront 2. The singleplayer storyline and the multiplayer gameplay are great, and it’s a great game overall. It’s just the silly upgrade system that needs to be changed to a simply RPG skill tree that everyone likes because it’s actually the best solution. Hopefully you’ve enjoyed this article. Let us know what you think about SW: Battlefront 2 in the comment section below!

This article was written by Luka from Ace Game Reviews