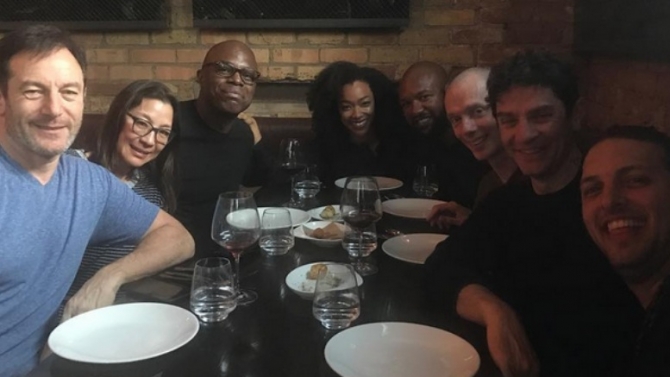 The Writers Guild of America is currently in the middle of negotiations with Hollywood Studios and has already approved a strike. Despite this new strike, the group is trying to negotiate new terms and it’s possible that there could be problems with it over the next few days. The big reason for this is the face that the current contract is expiring on May 1st. As a result, various TV shows and movies could be looking at potential delays. This includes Star Trek: Discovery, The Walking Dead and Jessica Jones.

According to Blastr, the last strike took place in 2007-2008. It led to production delays and cancellations in both the TV and film industries. A range of TV shows are currently in the middle of script writing such as Star Trek: Discovery. These TV shows are at high risk of delays or potentially, cancellations. Currently on-going and in-development TV shows could be hit the hardest by a writers strike if one does occur.

While Star Trek: Discovery is expected for a summer/early fall release, the production of the show is still unfinished. The scripts are also incomplete. As a result, the show could be hit hard by a writers strike. A strike could force CBS to delay the TV show once again.

If Star Trek: Discovery receives another delay, fans could be left waiting until the winter/early 2018 for the show.

Should a strike occur then shows such as Game of Thrones, Orphan Black and Stranger Things should be far enough in development to not be affected. However, popular shows such as The Walking Dead, American Horror Story, Jessica Jones and Inhumans may all be affected by delays.

We will provide you with updates as we learn more about this developing situation. If a strike will occur it should be announced within the next few days.