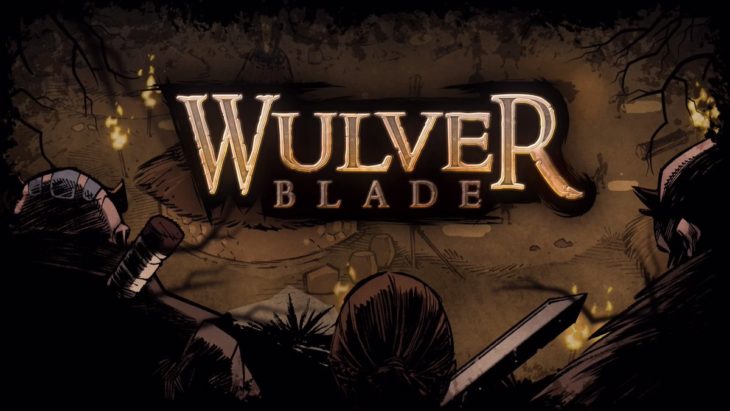 A March Towards the Roman Empire

Wulverblade takes players into a historical setting surrounding the early Celtic Briton warriors as they make their way to the invading Roman Empire. With smooth and simple beat ’em gameplay mixed with sharp 2.5D visuals, Darkwind Media and Fully Illustrated have captured a nostalgically present arcade brawler, while placing players into a bloody war as one of three fierce Briton warriors in – Wulverblade.

The game starts off with player able to choose between one of three Wulver warrior. Each Wulver is equipped with varying stats making for a diverse experience and combat approach for each playable hero. The game is simple to pick up and enjoy with a subtle control scheme, but just enough depth in the combat to keep things interesting. The arcade feel of Wulverblade brings back excellent memories from gaming’s past, but with it also comes informative dialogue, intense cut scenes and, of course, plenty of brutal brawling combat.

Taking on the army of the Roman Empire, you may choose between one of the three powerful Wulvers to lead the charge against your foes. In the 2.5D levels, players will fight their way through waves of enemies using their primary weapon attack, along with a variety of other useful maneuvers. Throughout the different levels enemies will drop their weapons, or even more brutally their numerous body parts. Interacting and picking up these objects is a big part of the strategy in Wulverblade, allowing ranged tactics by heaving limbs and weapons at their enemies.

The combat is simple to understand using an easy-to-learn attack chain system involving series of jump attacks, combos and special skills. The enemies themselves aren’t primarily tough, but when multiple foes come from every angle and begin surrounding your warrior, sticking up your trusty shield can only help players out some of the time. Enemies approaching and swinging from behind will make it very difficult for players to avoid taking damage, which can then lead to a pinball effect of attacks on the player. This is where the special skills comes into play.

Landing blows and slaying enemies is the best way to continue your journey through the side scrolling brawler. On top of progression, dealing damage and eliminating foes also fills up your Rage meter. Once full, players may then trigger Rage mode – a short burst of invulnerability and quick attacks. when Rage is engaged, not only will players absorb enemy blows and deal your own attacks at a quicker rate, but the player’s health will slowly regenerate. Rage only lasts around the 10 second mark, so if player’s health meter is drastically low, filling it back up entirely is a stretch.

However, various fruits and other food items are dropped by fallen enemies, which then help restore some lost health. On top of health and weapons to scavenge, a blue potion to increase the Rage meter can also be consumed to decrease the time in between Rage encounters. Between the food, weapons, limbs and consumables, players must keep a close eye out for any items dropped by fallen foes. Not everything in Wulverblade that can be picked up is a consumable though, as a secondary heavy weapon may also be equipped when found for each level.

Combo chains and stringing together attacks is crucial in dealing with the surrounding enemies, but utilizing both standard and heavy weapon attacks takes battling one step further. Bashing foes with your shield, swinging down your heavy weapon following a tactical leap, or recovering with the unique special skill are just a few of the combinations of maneuvers players will encounter in Wulverblade. By mashing the jump and attack button together, the Wulver warrior will unleash a unique special skill which typically helps dealing with multiple foes in a quick instance.

With the number of powerful abilities and skills to perform in Wulverblade, none of them match the power of the wolves. Allowed use only once per level, calling upon a pack of wolves leaves almost every enemy on the screen to be taken out by the furry pack. This ‘last resort’ style of ability is extremely useful when encountering those overwhelming moments of absolute death.

The arsenal of abilities and skills makes for a true brawling experience. Throughout the levels players will be pushed with hordes of enemies coming from every direction naturally to be met by an end-level boss fight. Each boss offers a unique approach to defeat, and patient strategy is a must for surviving the encounters. Playing through solo is an experience in itself, but co-oping with a friend – either online or local – is also a viable option to marching through the Roman Empire.

The balance between keeping your warrior alive and healed, raising your rage meter, and dealing with the constant flow of enemy warriors is a perfect mesh of arcade fulfillment. The bloody and brutal visuals may come off as strong at first, but it blends perfectly with the story and setting of the Wulverblade lore. The informative narratives, comicbook-like cut scenes and historical facts are a treat when traveling between levels, only adding to the intriguing beat ’em up experience.

The bloody mayhem that ensues throughout Wulverblade is exciting and portrays the excellence of the arcade beat ’em up era fantastically. The gameplay is such a familiar treat it encompasses the essence of what made those golden era arcade titles so addictive in the first place. Easy and quick to learn controls combines beautifully with striking visuals and aggressive gameplay only found in some of the best arcade brawlers around.